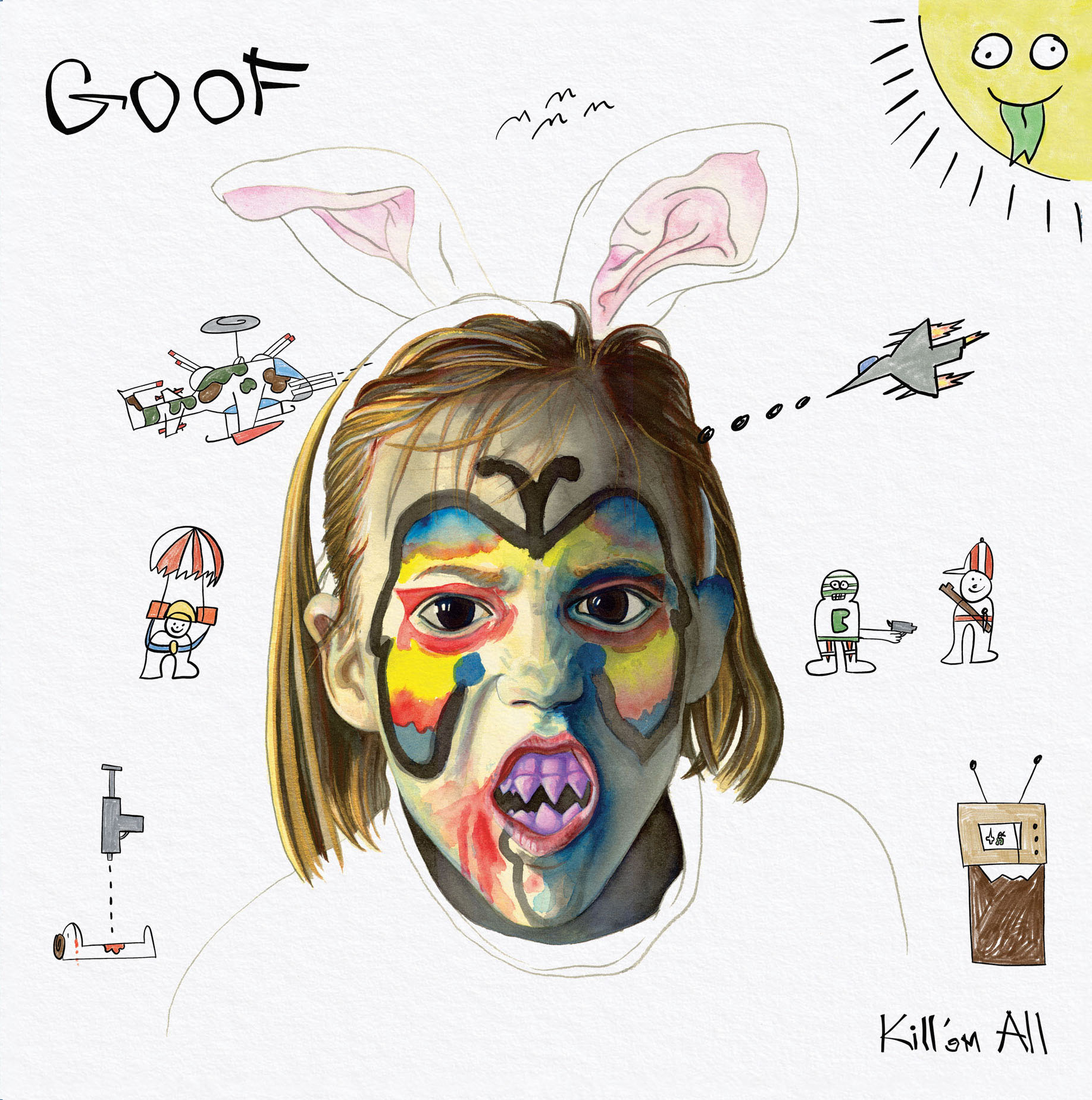 Buy Or Listen To "Kill 'Em All"

Forged in a crucible of San Francisco fog, steep hills, and even steeper rent, Goof is a grunge tinged punk trio. Led by songwriter and guitarist Ahmed Amer Elsayed, Goof's music combines a range of influences from Nirvana and System of a Down to NOFX, The Beastie Boys and Middle Eastern pop artists. The guitar parts are distorted, fast and often played with only downstrokes. Bassist Ryan Bahm holds it down adding flare with a busy melodic punk style inspired by players like Matt Freeman (Rancid) and Roger Lima (Less than Jake). Like the Egyptian music Ahmed grew up with, Goof sings about real serious issues over happy, prideful and driving melodies rather than depressing, somber tones.
‍
Goof’s debut album “Kill ‘Em All” sees them coming out of the underground swinging. It chronicles a period of time during Ahmed’s journey from Egypt to San Francisco and his pursuit to create art and be happy. Close friend Taylor Martin was enlisted to help on drum duties. She brought a metallic edge and a level of drumming rarely heard in punk music. “Kill ‘Em All” was engineered, mixed and mastered by Jack Shirley (Jeff Rosenstock, Deafheaven, Loma Prieta, Gouge Away) at The Atomic Garden in Oakland, CA.
‍
Since forming in early 2019, Goof has quickly rolled onto the Bay Area music scene on nothing but charm and their own ambition. They found themselves opening for punk legends Agent Orange and The Avengers and playing iconic Bay Area venues like Slim’s (RIP) and 924 Gilman before even having a practice space to call their home. That momentum was halted by a little pandemic problem but with the world opening back up, Goof is poised to explode back onto the scene armed with a new album and over a years worth of practice and pent-up energy.